This play may seem very drab in the beginning but there are gems of conflict, repression, dedication, feminism, patriarchy, the love for art, prostitution, politics and much more underlying it. The characters have different voices and opinions. They view the events unfolding in their own perspective. Ratna, the mother has been through much grief in the past.

A man trapped by circumstances, a woman caught between ambition and family life. When the choice is between dreams and reality, the latter always wins. Mahesh Dattani's 'Dance Like A Man' centers on an individual's plight, where a dying form of art serves as the backdrop.

Lillete Dubey's direction makes a powerful story more realistic. A man stifled by his ageing father's principles, must find a way to escape, in order to create an alternative world that will enable him to practice the one thing that he loves the most- dancing. The son makes a mockery of his father's revolutionary acts.

Calling himself a reformer, a freedom fighter, he ridicules the reforms that freedom fighters fought for. However, his father has different plans for his son. Taking advantage of his son's financial dependency on him, the father altogether stops his sons' dancing classes.

He wants his son to become an adult. In anger, the son leaves home, only to return, as he cannot support himself or his wife. This works marvelously for the father.

He thinks of a new scheme. He smooth talks his daughter in-law to discourage her husband from his passion and to criticize, albeit subtly, his mediocrity.

The wife Ratna is overly ambitious, and she will sacrifice her husband's career for her career to take off. What is extremely disturbing is that the man turns into a drunkard, and the parents lack of commitment towards their infant Shankar, results in his death.

The flashback techniques used by the director are done very cleverly and in one instant we are transported back and forth in time.

Through the flashback techniques, Lata's father plays the role of his own father and Lata's fiance becomes the young man, haunted by his art, and Lata herself portrays her mother when she was much younger. We go into flashbacks at a much later stage of the play.

The play opens with Ratna's daughter Lata played by Suchitra Pillai who brings her fiancee Joy Sengupta to her parents home. Through their conversations we get a slight idea of the family history, the nature of Lata's parents and a little about their ancestry.

Just when Lata's fiancee is in the process of imitating her grandfather, do Lata's parents enter. Some confusion seems to envelope the entire household.

Lata's mother makes a big fuss about her debut dance performance before the entire nation. Lillete Dubey's character is extremely interesting. Somewhere the characters of Lata and her fiancee fade in the background.

We focus more on the mother and father, whose characters are very strong and they seem to form the core of the story. All her life, Ratna does not think her husband is man enough, chiefly for two reasons.

He is not man enough to realize his dreams, and therefore he is responsible for his self- destruction.

And secondly, he cannot support himself or her. Images of a dancing man, dressed in the garbs of a woman, and that of a weak man, are brilliantly juxtaposed. Lillete Dubey has to be complimented for her brilliant techniques because the subject matter is handled very delicately.

The way the story is directed matters a lot, because such a powerful story can either be a mess or it can transcend into something new. Each character plays a dual role and the performances are highly appreciated. The set is simple yet extravagant. Old photos of family members hang on the ceiling.A man trapped by circumstances, a woman caught between ambition and family life.

When the choice is between dreams and reality, the latter always wins. Mahesh Dattani's 'Dance Like A Man' centers on an individual's plight, where a dying form of art serves as the backdrop. Refunds + Exchanges.

Bypass the box office line at many theaters with guaranteed tickets. If something comes up, you can return or exchange up to two hours before showtime through Fandango. Dance Like a Man is a play that does not present the character as pure White or Black but it shows their different shades in all possibilities.

The play poses fundamental questions and presents the actors with the best of their talents. Mahesh Dattani’s play “Dance Like a Man” is one of the best plays written by an Indian in English.

He is one of the finest and most prominent playwrights in India. He is the first playwright. To Dance Like a Man (8) 58 min NR Subtitles and Closed Captions Triplets Angel, CŽsar, and Marcos all want a role in a major ballet production at HavanaÕs . 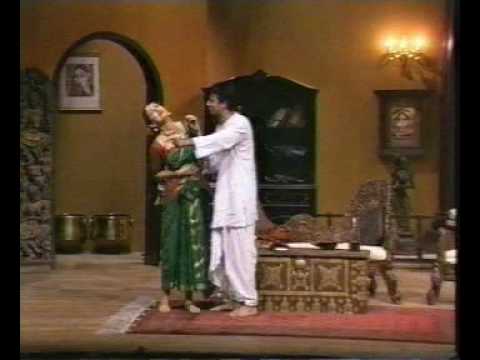 Shower, use deoderant, use gum, etc. I thought this was a given, but someone insisted that I ad this rule.